We have to admit that most of us like anime series, whether we’re children or adults. There’s no shame in watching such productions, as they can be very pleasant and educating if you extract the right teachings. Anime (aka Japanimation) means compute or hand-drawn animation originating from Japan. The term ‘anime’ belongs to the English word ‘animation’.

The offer for anime series is huge, and you have a lot of material to choose from. For instance, in 2015, the overall anime catalog had more than 9,000 entries. Choosing the best ones seems like mission impossible, but it’s our duty to try:

This anime series presents the adventures of Monkey D.Luffy, who is just a teenager but overcomes many amazing adventures. He’s also condemned to unveils dark mysteries and fight various enemies.

Luffy is a good-natured pirate who’s in search for a great mystical treasure called “One Piece.” He belongs to the Grand Age of Pirates, and they are all trying to find the treasure and therefore be proclaimed with the title of “Pirate King.”

By the end of 2017, more than 430 million copies of this anime series were sold. This means that One Piece officially became the top-selling anime series in history. The estimated production cost for each episode is even more staggering: about $88,750.

This is a feudal fairy tale presenting the story of a teenage girl named Kagome Higurashi, who gets cursed by a demon so that she ends up living backward in time with 500 years.

The girl carries along a magical jewel that grants wishes (the Shikon jewel). At a specific time, the special jewel accidentally breaks, and Kagome is forced to seek the help of the dog-demon named Inuyasha. He has to retrieve all of the shards from the precious stone and stop the demon from laying its hands on one.

This show follows the adventures of Ash Ketchum, a 10 years-old boy that tries to become a Pokémon trainer. Pokémon is the name for Pocket Monsters, which are fantasy creatures that often engage in battles with one another. They often possess powerful attacks, and the monsters can be of various types: fire, water, electric, grass, bug, rock, ice, ghost, psychic, and more.

For the Pokémon trainers like Ash, their goal is to make their pocket monsters battle those of other trainers and ultimately decide who’s better. The trainers can earn plenty of badges and other awards for a win. The stakes are high, and no-one wants to be the loser. There’s a huge and diverse Pokémon world worth exploring, and you can start your own journey by simply watching the show. 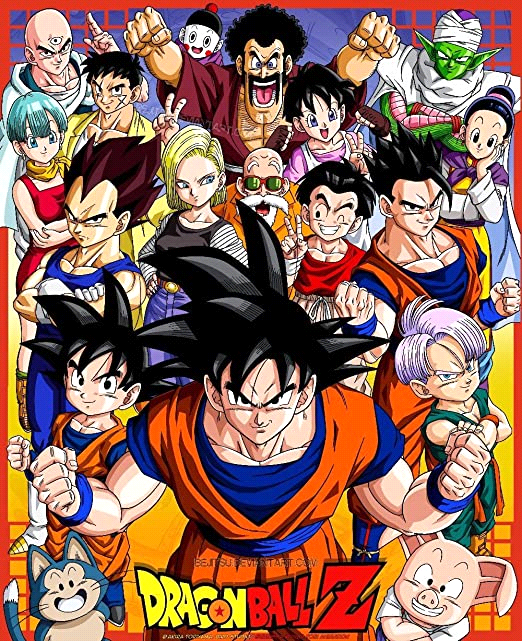 Dragon Ball Z is, without a doubt, one of the most popular anime series. There’s no wonder why, as the show unfolds the adventures of Goku, a fighter with superpowers belonging from another planet, as he struggles to defend Earth and his friends from various enemies. Goku is always eager to become stronger, and he’s often foolish despite the fact that he defends innocent people.

Dragon Ball Z brings a lot of action, drama, and character development, but it also doesn’t lack funny moments. The storyline brings a lot of twists and turns, where the good characters sometimes have to ally with the bad ones for a mutual goal. At the center of the storyline, there are the dragon balls, which are 7 magical balls that once gathered by anybody, will grant him or her any wish. Goku, Piccolo, Krillin or Yamcha want the balls for reviving dead people that were killed by villains. On the other hand, characters like Frieza, Vegeta, or Nappa want to get their hands on the dragon balls for evil and selfish desires. Who will win until the end? Check out Dragon Ball Z to find out!

This anime is another highly-popular production, and there’s no wonder why. The show showcases a plot much more unique than anybody could have guessed.

A god of death named Shinigami is able to kill anybody as long as he gets to see the victim’s face and write his or her name in the Death Note notebook. One of these notebooks is left for humans to see how they will use it. Light Yagami, who is a high school student, finds the Death Note and begins to test it by writing the name of a criminal. The criminal dies immediately, and the student now realizes what devastating power he has in his hands. Light further decides to cleanse the world from criminals by using the notebook, and people begin to worship him.

Sounds both scary and exciting to watch, right? Feel free to give it a try!

We just can’t rule out the very first Dragon Ball series from this list. If Dragon Ball Z presents the adventures of Goku as an adult, this anime showcases the childhood of the beloved character. Armed with an extendable stick, a flying cloud known as Nimbus, and unusual strength, the little boy Son Goku never hesitates to get into trouble. Although he is goofy and naive, he will later save the whole world from the wrath of King Piccolo. The boy is often searched by powerful foes trying to defeat him and steal his four-star dragon ball. Compared to Z, this first Dragon Ball series focuses more on martial arts and comedy rather than brutal fighting, insane power levels, and a much more serious overall vibe.

Do you have any other favorite anime shows that you would like to tell us about? Let us know in a comment!