Evan Blass, who’s a well-known leaker, has posted some images about Huawei’s upcoming tablet, which is known to be called MatePad Pro. The devices look a lot like iPad Pro, with thin bezels and display corners that are round. The keyboard is almost identical to the Smart Keyboard Folio from Apple. In those photos posted by Blass, there’s an M-Pen stylus that also resembles an Apple product, the Apple Pencil. Apparently, the main difference is the camera in the design, which has a punch-hole cutout in the top left of the display.

This is the first time that a punch-hole design is used on a tablet. That’s where the selfie camera would be placed, and it also happens with smartphones. A reliable source talks about its nickname “Marx,” but that won’t be the name of the device, that’s for sure. “Marx” will come with the company’s smart magnetic keyboard and the M-Pen Stylus. We are probably talking about the successor of the MediaPad M6, which might be called MediaPad M7.

The company made the bezels around the screen even slimmer, and there’s no fingerprint sensor. This maybe suggests that there is an in-display fingerprint sensor which may be used for this tablet. On the back of the device, there’s the pill-shaped camera module with dual sensors and an LED flash. At the bottom, there’s the USB Type-C port. The color options will probably be White and Black.

The device will have flagship specs, like the Kirin 990 CPU and up to 8GB RAM for both black and white versions.

The bezels seem to be thicker than those on the iPad Pro, so the punch-hole camera is a weird decision.

David Blair was a reporter for Henri Le Chat Noir, before becoming the lead editor. David has over fifty bylines and has reported on countless stories concerning all things related to science and technology.  David studied at Caltech. 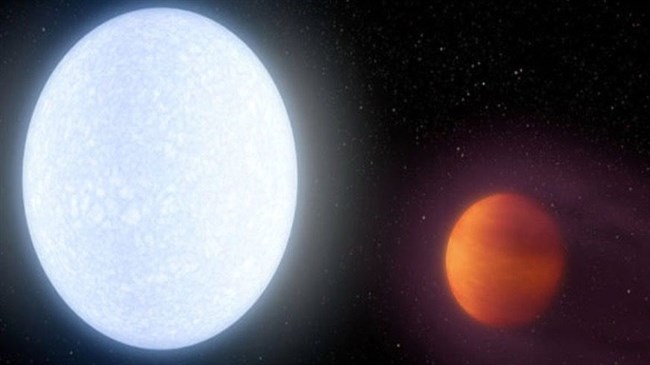 KELT-9b Is The Hottest Exoplanet Ever Found By Scientists

Call of Duty and Other Games’ Leagues Were Moved to YouTube

A ‘Vampire Star’ Caught While Devouring its Companion