Skype used to be the go-to tool for video conferencing of many users for years. It was the first type that we would open (or automatically do that) when we got to work. However, Skype isn’t as popular as it used to be.

Could it be time to say goodbye to Skype? The current ongoing pandemic forced many activities to switch to remote work, so video conferencing is extremely important in that context.

Do We Need Alternatives?

If you look at Google’s statistics for people searching “Skype,” you’ll see that things are looking grim for the service.

Microsoft tried to bring it back to life by rebranding it as Skype for Business, but it didn’t necessarily make a significant difference.

We will show you some of Skype’s main rivals, and you’ll decide whatever might suit you best.

Google Hangouts is a relatively new service in the business. Users can chat, make video and audio calls, and even call landline and mobile numbers.

Hangouts looks and feels different, but you can rapidly get used to it, as it doesn’t change so frequently.

The disadvantage of Hangouts is that you can’t turn off notifications.

However, it has multiple perks – It’s a Google service, so third party integration with other services is impressive, including Gmail and Calendar.

File sharing isn’t necessarily as great as it is on Skype, but Google Drive integration helps a lot.

There is no desktop app available yet.

It’s impressive because it specializes in internal team communication via private networks. Brosix also heavily focuses on security – fully encrypted channels are available, and a set of administrative features make sure that your conversations aren’t being spied on.

The service is also simple to use, making it easy to implement in a corporation or small business. 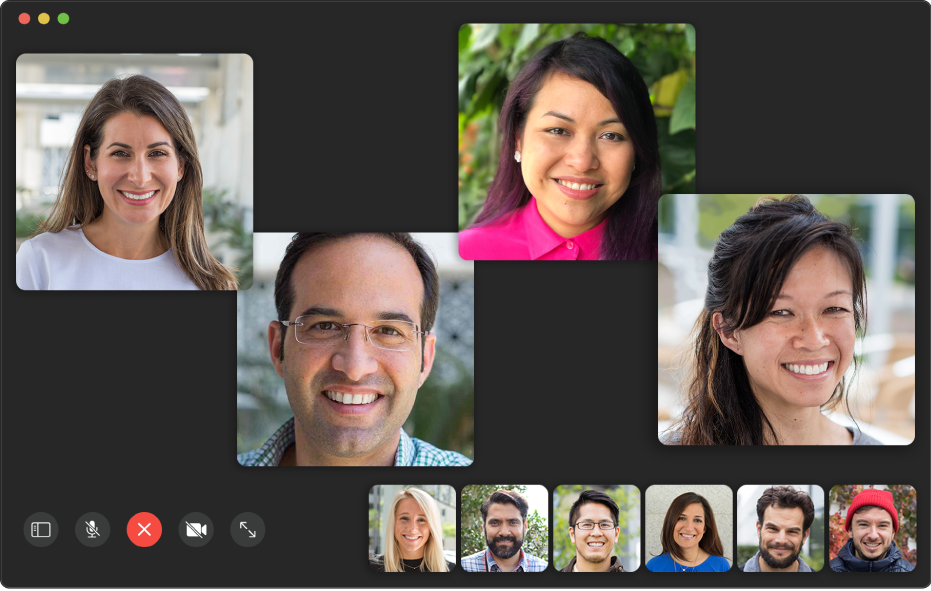 FaceTime was released approximately ten years ago in 2010, and it’s one of the most widely spread conferencing apps available. It is mostly geared towards Apple devices, which means that Android or Windows users won’t be able to use it.

The app is simple and straightforward – it promises fast and reliable video conferencing.

It’s not necessarily a full replacement for Skype, as it likes multiple features Skype has, and it only works on Apple devices.

Still, it’s fast and straightforward to use as you only need to pull out your phone and call the person you want to conference with. It’s straightforward and reliable. Or here is a list of FaceTime alternatives.

Slack is a modern service for teamwork. It lets users create various channels, and it has multiple shortcuts that work wonders. Its design is fresh and minimalist, heavily oriented towards productivity.

It features bot integration, rewards services, high levels of customizability that you can’t get on Skype, integration with 3rd party services from Google that works wonders, and the video and audio call features are decent and get the job done.

It has both free and business plans.