Home health Your reaction to the dangers goes through your skeleton

hormone is secreted by the bones when humans and other vertebrates must react to immediate danger, a reaction essential to their survival in the wild, say American and European scientists.

This hormone is osteocalcin and thus allows an acute reaction to stress.

A skeleton that reacts

When an animal faces a predator or a sudden danger, its heart rate increases, its breathing accelerates and the fuel in the form of glucose is pumped throughout the body to prepare it to fight or to flee.

These physiological changes, which constitute the fight or flight response, were always considered to be triggered – at least in part – by the release of the adrenaline hormone.

The current work in mice and humans shows that, almost immediately after the brain has perceived a danger, it orders the bones of the skeleton to flood the bloodstream of the hormone osteocalcin.

In bone vertebrates, the response to acute stress is not possible without osteocalcin. This completely changes the way we think about acute reactions to stress.

The action of osteocalcin is thus distinct from the work of other hormones, such as cortisol, adrenaline and norepinephrine, released by the adrenal glands (kidneys), which trigger a cascade of large-scale physiological reactions. , including an increase of:

All these reactions allow for their part a muscular reaction.

One of the mysteries of the acute stress response is that the hormones released by the adrenal glands require a lot of time to alter the physiological responses, which seems to be incompatible with the need for an immediate response to the danger.

Stress is a serious trigger of various mental-related issues in the human organism, and it should be treated as such. Stress hormones cause an increase in heart rate and blood pressure, and these effects can themselves trigger more severe health conditions. That’s why it’s imperative to keep stress under control. Stress can also be associated with anxiety and depression. If you feel like your stress is out of control, or you’re suffering from anxiety or depression, a therapist is a great option. You can find some great therapists at BetterHelp, and with the support of your therapist, you can help revive your own mental health.

Dr. Gerard Karsenty and his colleagues at Columbia and Oxford Universities have suspected that bone-born hormones may contribute to the acute stress response. Their hypothesis that the basic function of the bones of the skeleton is to react to danger.

The bones protect the internal organs from trauma and allow the animals to move, but also to escape danger. In addition, they play a role in hearing, which is a way of detecting threats. Osteocalcin released by the bones was already recognized to increase muscle function during exercise and in memory formation. Important functions in nature to escape the dangers and remember the location of the food.

In their work, researchers found that blood levels of the bioactive form of osteocalcin, but not other bone-derived hormones, increased by 50% in mice withheld for 45 minutes and by 150% within 15 minutes after a stressful stimulus.

A single injection of osteocalcin was enough to trigger the acute stress response in rodents.

A chain of reactions

The fight or flight response is related to the osteocalcin flare associated with the amygdala, a region of the brain described as the center of fear.

The present work tends to show that this thrust is not related to the adrenal glands.

The ability of osteocalcin to facilitate acute stress response, enhance memory, and improve muscle function during exercise suggests that this hormone provides bone vertebrates with a survival advantage in a hostile environment.

The characterization of osteocalcin as a stress-related hormone provides a conceptual framework that encompasses most of the physiological processes it regulates , concludes Dr. Gerard Karsenty.

The details of this study are published in the journal Cell Metabolism.

Why Is It Important for Students to Lead a Healthy Lifestyle? 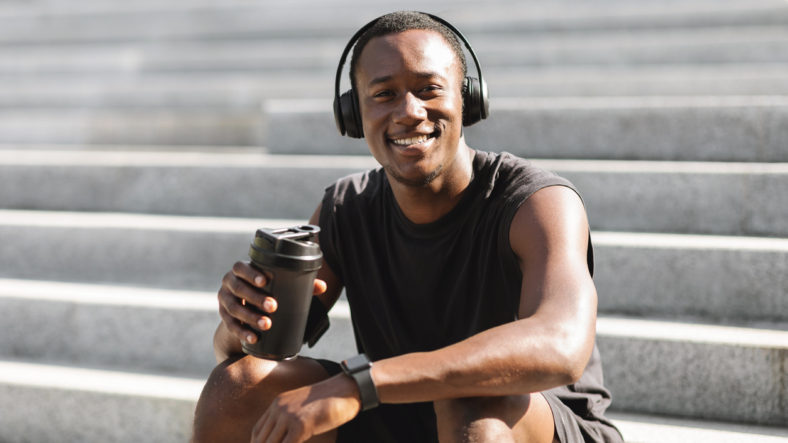 The Positive Effects of Drinking Coffee on Cardio Health